Your Must-Have Guide to Things to Do in Paris

Your Must-Have Guide to Things to Do in Paris 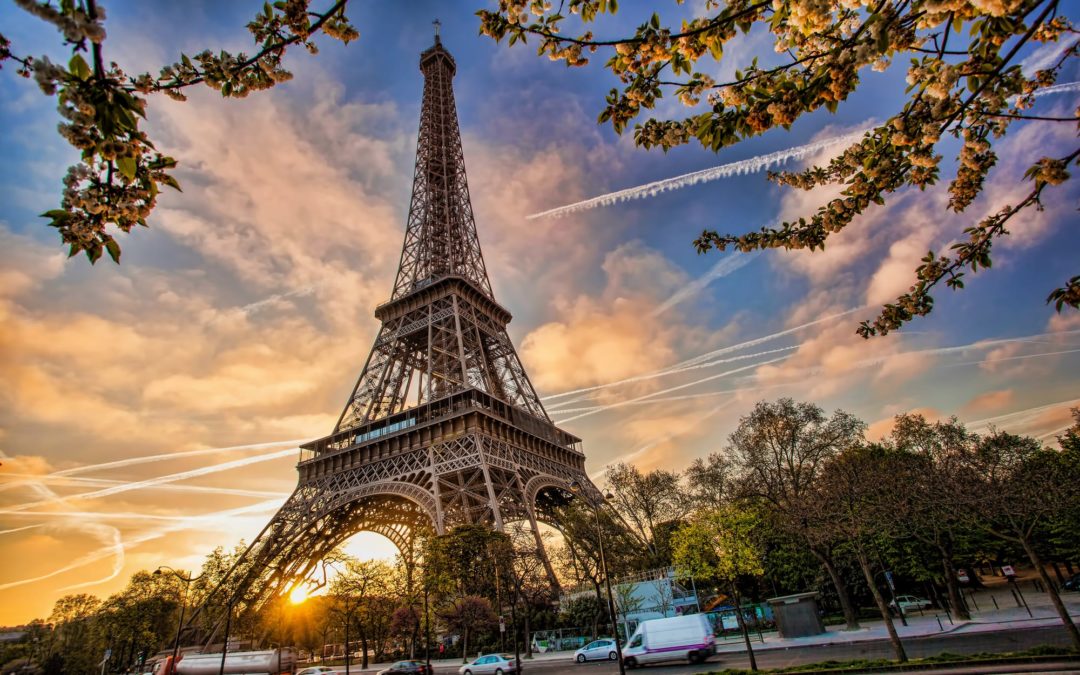 Because Paris is one of the few cities that lives up to the legend. It’s elegant, classic, and breathtaking no matter how many times you visit.

But because you’re a discerning traveler and you already know the standby tourist things to do in Paris–the Louvre, the Eiffel Tower, Notre Dame de Paris–we’re going to take it one step further. If you want to dive a little deeper into the most romantic city in the world, keep reading.

Okay, so the Musee D’Orsay is on many must-see lists for Paris. Once you visit, you’ll understand why.

An art museum in a gorgeously reworked Belle Epoque train station, the Musee D’Orsay contains one of the best collections of Impressionist and Postimpressionist paintings in the world.

Start on the first floor and work your way up–this will give you a chronological journey through the evolution of Impressionism (and a pretty lovely display of paintings to boot).

Fashion Saturdays at Le Bristol is one of the most fabulous open secrets in Paris.

Head over to Le Bristol Paris, an exceptionally chic hotel that draws a fashion-forward crowd from across the globe, situated on Rue de Faubourg St-Honore and surrounded by luxury boutiques.

What is fashion Saturday, you ask? Essentially, it’s high tea drawn straight from the pages of Vogue–classy, haute couture, and style-savvy with an eye for the smallest detail.

And once you’ve had your fill of Parisian high fashion, spend your afternoon finding the best French desserts Paris has to offer.

Everyone knows about Notre-Dame de Paris, even kids who only know the famed chapel through Disney’s animated interpretation of Victor Hugo’s The Hunchback of Notre Dame.

Fewer people know about La Sainte-Chapelle, which is easily one of the most extraordinary churches you will ever set foot in (with objectively better stained glass windows than its more famous cousin a few streets away).

Sainte-Chapelle doesn’t look like much when you first walk through the doors–it’s a small medieval chapel, and it looks the part. Go upstairs and be dazzled by the gorgeous 13th-century stained glass windows.

We promise you’ll be speechless.

What’s so special about a cemetery?

Once you take a look at the resident list, you’ll understand why. See if you recognize any of these names from the cemetery’s resident dead:

And that’s just a few.

The cemetery takes its name from one Pere Francois de la Chaise, father confessor to Louis XIV (at least until the French Revolution beheaded him).

Was your heart all aflutter at the notion of Paris fashion at Le Bristol? Then you simply cannot miss Rue Sainte-Honore.

If you’re a self-respecting fashionista in Paris, Rue Sainte-Honore is the place to be. You’ll run into everyone from Saudi princesses to American fashion icons.

Oh, and the who’s who of fashion is there too, from French status labels like Hermes and Chanel to the hip, of-the-moment Comme des Garcons to the (slightly) less pricey (but still equally stylish) brands like Zara or & Other Stories.

Of course, for those who are more into old pieces, head to the world’s most famous flea market, Marche aux Puces de Saint-Ouen, better known as Clignancourt.

Clignancourt is the grande dame of all Paris flea markets, sprawling seven hectares outside the 18th arrondissement with about 3,000 merchants in 15 sections. Oh, and it attracts about 180,000 visitors each weekend.

With that in mind, you should go with a map and a plan. Clignancourt has treasures for all tastes at prices that suit every pocketbook, from gilded mirrors to antique furniture to smaller knickknacks.

Even if you’re not a huge antique person, it’s worth it to go just to stroll and experience the ambiance.

Then again, if you’re out for ambiance, you have to see the Catacombs. Not every part of Paris is romantic–in fact, the Catacombs are chilling.

Once upon a time, prior to the 18th century, Parisians buried their dead in cemeteries. It worked out fine until overcrowding and continued city growth meant that cemeteries ran out of space, leaving graves exposed.

Enter, the Catacombs, a network of limestone quarries 65 feet beneath Paris. It took 12 years, but around 6 million dead were moved from cemeteries into their new home in the Catacombs.

Today, visitors can access about a mile’s worth of the Catacombs for 45 minutes through the entrance at the Denfert-Rochereau metro station. There are many other entrances and a thriving underground scene, but it’s illegal to enter the Catacombs anywhere else for safety reasons.

Many call it the best shopping district in Paris, but it’s so much more than that. There are the hotels particuliers (private mansions) the museums (the Musee de Picasso and the Musee Carnavalet) as well as stellar restaurants, cafes, the Jewish quarter, and, of course, the Place de Vosgues.

More Things to Do in Paris

Of course, even with a great starter list, you’ll never run out of things to do in Paris.

For example, if you want a break from your usual winter traditions, check out the spectacular Christmas markets of northern France or the best free things to do in Paris.

And if you need somewhere to stay for your adventure, you’ve come to the right place. Click here to check out our available rentals, and if you have any questions, don’t hesitate to get in touch.