Sunderland striker splashes out £17,500 on gold bottle of champagne 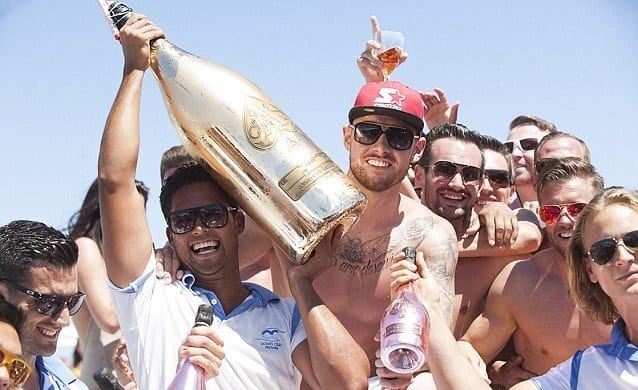 If you want to party like the rich and famous there is only one place to go…..MARBELLA!

Connor Wickham splashes £17,500 on gold bottle of champagne, as Sunderland striker racks up huge bar bill with pals while partying at Ocean Club in Marbella

Two months after popping the champagne when Sunderland miraculously avoided relegation from the Premier League, striker Connor Wickham has been spotted partying hard with a £17,500 bottle of the stuff.

The 21-year-old is understood to have racked up a mind-boggling £25,000 bar bill while partying with pals at the Ocean Club in Marbella, with a 15-litre gold bottle of Armand De Brignac champagne the standout buy.

The English forward seemed more than happy to foot the bill for the extravagant drinks, which he generously shared with friends and even the waiters at the club on the island of Puerto Banus. 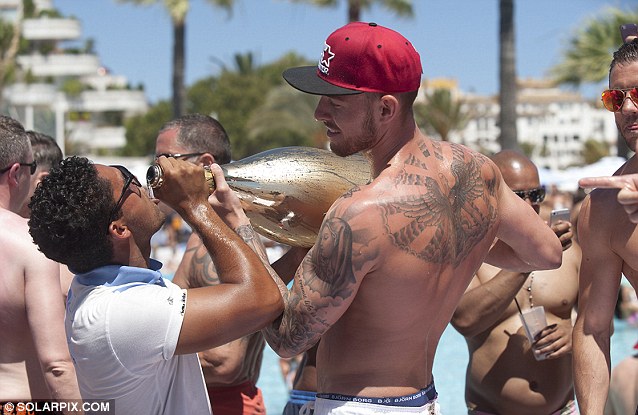 Gulp: Wickham pours champagne from the gold bottle into the mouth of one of his friends 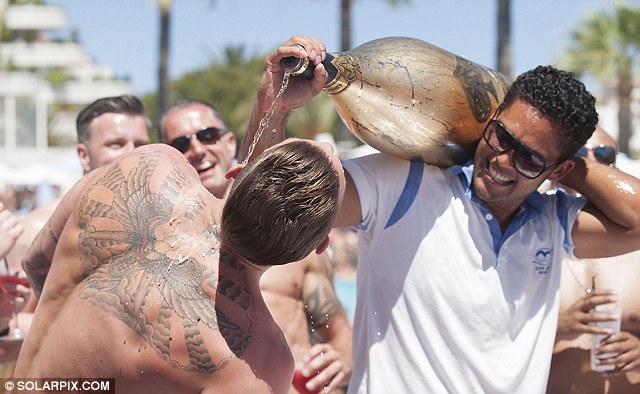 Returning the favour: Then Wickham has a turn drinking from the huge bottle, though with less success

Wickham signed a four-year deal with Sunderland in 2011 to complete an £8million move from his home-town club Ipswich Town.

The striker’s wages trebled to £25,000-a-week as a result, though is in line for a new improved deal at the Stadium of Light after helping fire them to safety at the end of last season.

Recalled from his loan at Leeds in March to boost Sunderland’s striking options as they battled relegation, his goals were crucial in saving them from the drop. 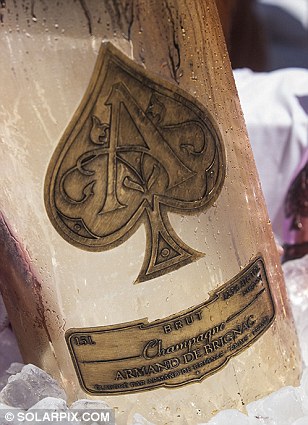 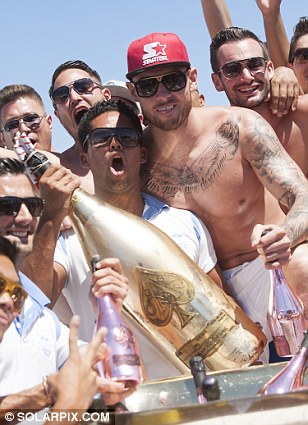 Costly: Wickham and his friends pose with the 15-litre bottle of champagne that is worth £17,500 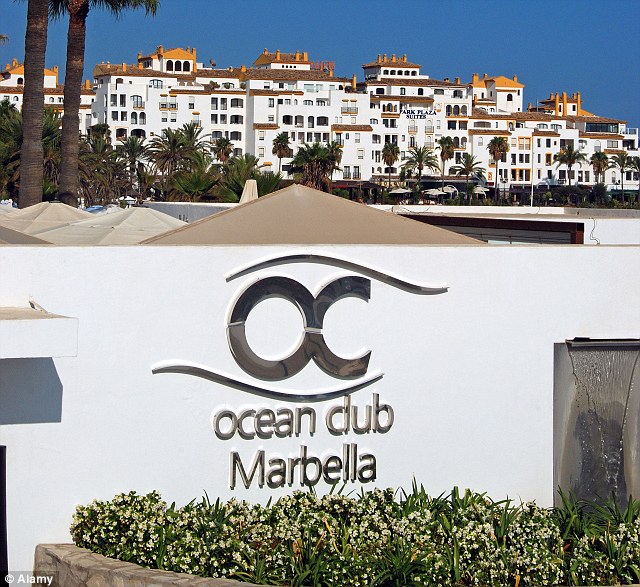 Venue: Wickham and his entourage were partying at the Ocean Club in Puerto Banus, Marbella 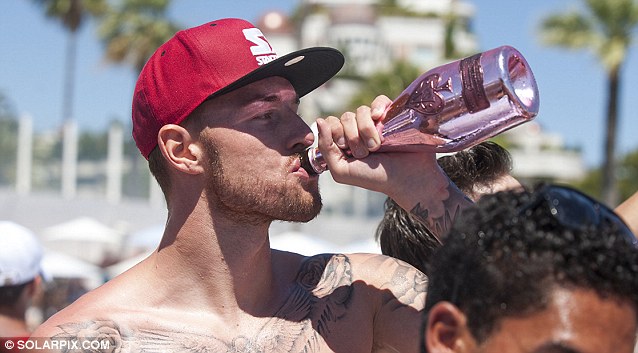