What more could you ask for in Málaga

Sun, Sea and Food! What more could you ask for in Málaga 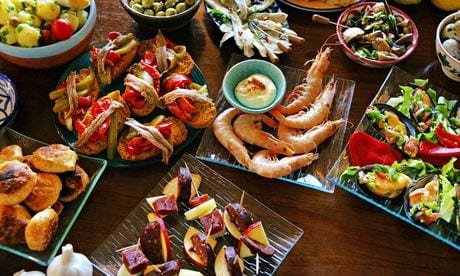 Finding out the best places to eat when you are on holiday is a must.  Here is a fantastic round up of the best food and places to eat in Malaga by Chris Moss reporting for The Guardian.

Andalucía is known for sea, sun and even tapas but not, so far, its fine restaurants. Now it’s hoping to take on the gastronomic powerhouses of Catalonia and the Basque Country.

‘Today you’re going to eat food that will make you cry!” shouted Fernando Rueda by way of introduction. I was buckling my seatbelt. I don’t think I’d even offered my hand or my name. He was shouting because Málaga‘s late-morning traffic was loud, and because he liked shouting. “It will take you back to your grandma, and her house, and her kitchen,” he said. “Welcome to the white magic of Andalucían gastronomy!”

Fernando is a food historian and sociologist, author of a 12-volume guide to Málaga’s cuisine, and head of Gastroarte, a union of 30-odd chefs and producers created in 2012 to celebrate Andalucía’s food.

Málaga, he told me, is the food hub of southern Spain, in terms of produce and dining: “It has the most important goat-breeders in Europe. The French take 95% of the milk to make their cheeses. Andalucía produces half of the world’s olive oil. Know where it all ends up? Shipped to Italy for bottling as Italian extra virgin.”

But it wasn’t all about cross-border trafficking. “Málaga has fantastic sardine and boquerón [anchovy], amazing shellfish, tropical fruits like mango and avocado. It has the last cane honey [molasses] to be produced in Europe. It’s the second most mountainous area in Spain and has all the climates and conditions you need for every kind of produce.”

We were leaving the city’s outskirts and I commented that the land looked very dry and steep for growing, say, wine. Fernando scoffed. “They are ideal for our moscatel. This is the only region in Spain that produces red, white, rosé and dessert wines.” We hit a corner at 120kmph. “And sherries.”

Despite all this, both city and region have been undersold for decades. Part of the blame lies with years of package tourism that have seen the city of Málaga as the “airport place”.

Fernando also pointed to underlying psychological reasons. “Until recently, Andalucíans were almost ashamed to talk about their cuisine and offer it to visitors. From the 1960s, restaurants trying to please the tourists started serving a few stereotypical dishes, and buried the old recipes, which they associated with the past, and with being poor. “Now – and this is a long consequence of the return to democracy – they’re beginning to realise this cuisine is part of their identity, their culture and the landscape they see every day.”

I said part of the blame might lie with visitors to the Costa del Sol asking for full English breakfasts.

“How can they print menus in English only?” he sputtered, as if the fact was still shocking. 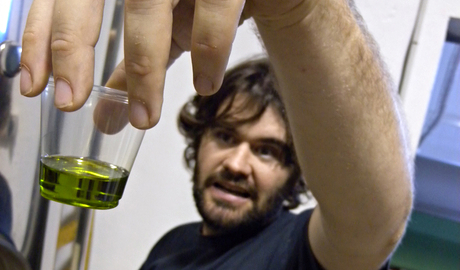 Victor Perez Serrano with his prize-winning oil. Photograph: Chris Moss for the Guardian

Before lunch, I got to sample some of the olive oil not sold to the Italians. Finca La Torre (fincalatorre.com), near the small town of Bobadilla, 60km north of Málaga, has just won the Spanish ministry of agriculture’s prizes for both best olive oil and best organic olive oil of 2012-2013.

Victor Perez Serrano, 31, who makes it, showed me around his hi-tech plant overlooking 57 acres of gnarly, grey-green olive trees. For me – as for most people – olive oil is just a little dip for before a meal or something to splash on a salad. But Victor, presenting me with a cup of dark-green oil drawn from a huge metal tank, told me to sniff it first. “Can you smell banana, almond, and recently-cut grass?”

With a little imagination, I could, and there was a sharp aftertaste, an almost chilli-like bite. “We like it to have a kick here in Andalucía,” he said, seeing my eyes watering.

Nearby Antequera is an ancient town surrounded by olive groves. Fernando said it was known as the “Florence of Andalucía” because of its many old churches and civic buildings. But our minds were on Arte de Cozina, a rustic, traditional-looking restaurant, where we were to have lunch with Álvaro Muñoz García, the business brain of Gastroarte. Beside us on the patio, a group of oldish Spaniards were tucking into a banquet of tapas.

“I’m trying to make Andalucían food into something like a brand,” said Álvaro. “It should be something people recognise and value. We want to spread the word and take on the likes of Catalonia and the Basque country, which have a solid regional identity.” 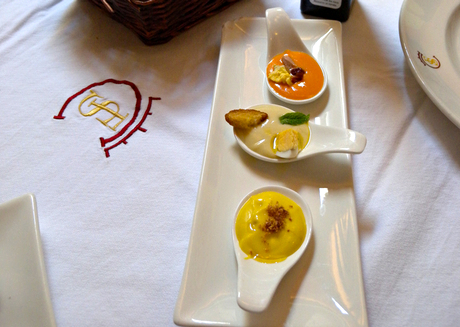 Arte de Cozina was where Gastroarte started and it holds a special place in the members’ hearts. Chef Charo Carmona told me she learned everything from her mother. Instead of a menu, she handed me a set of beautiful facsimiles of vintage recipes detailing the history and ingredients of each dish: three delicious porras (dips), quails in gazpacho, chicken escabeche, a buttery beef dish called pelona de lomo and a hearty empedraillo (chick-pea broth). I’ve eaten well all over Spain, but this was special, like eating peasant fare from the pages of Joseph Townsend’s 1791 travelogue A Journey Through Spain in the Years 1786 and 1787,  reimagined for a modern diner.

The meal ended with no fewer than four desserts, outstanding among which was the Moorish-sounding almojábana, a kind of cheesecake. Álvaro told me: “Eight centuries of Islam, a unique feature of this region, are all there in the food.”

Charo told me of a nonagenarian who had come back to Antequera to die after living elsewhere in Spain for decades. “He asked me to make a maimones (garlic soup) just like his mother did,” said Charo. “I told him I had no idea how his mum cooked, and anyway, we were talking about nearly a century ago. But I prepared some soup and he ate two bowls. He never stopped weeping while he was eating.” 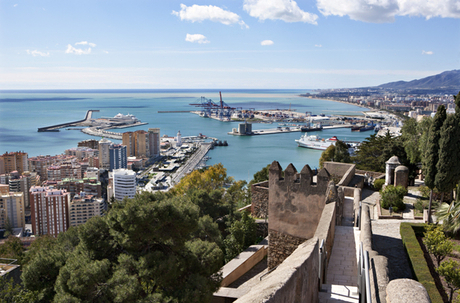 In Málaga itself, things were more modish. I visited the Picasso museum, strolled around the new harbour district, and decided that Málaga was, like most medium-sized cities in Spain, convivial and likeable. I tried prize-winning raciones of swordfish and cod at a tiny, madly busy tapas bar, Uvedoble (Spanish for W). At Oleo, a stylish white cube of a restaurant, I had a delicious tasting menu that featured rib of slow-cooked pork in garlic, mackerel sushi and meat-and-bechamel croquettes with mint.

Andalucian food is held together by what Fernando called the “Roman troika” – olive oil, wine, wheat. Saffron, coriander and rice, introduced by the Moors, also pop up. What I felt above all was the social and emotional value of food – pleasure before pretentiousness – and that even the  high-end places had deep connections with traditions, enhanced by the edible riches of the two seas – Mediterranean and Atlantic – and the sun-baked land of the south. This was localism without any banner being waved. 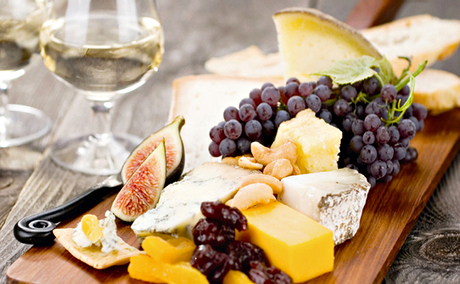 At Sollo, a restaurant that opened in late September in the hilltop town of Benalmádena, just outside Málaga, Diego Gallegos cooked the most memorable meal of my three-day trip. Diego, just 29, has Peruvian and Brazilian heritage but grew up in Andalucía, and runs the small restaurant with his wife, Susana, and one assistant cook. He regards Gastroarte as a sort of mentor.

“Fernando believed in me when I was a novice. Now I feel we can speak on equal terms with people from established food regions. Here in Andalucía we’ve not valued our creativity. There’s still a tendency, especially in the north, to look to France for ideas. This region has long been the poor relation of Spain.”

Last year, Diego spent €12,000 (saved up while working for a local hotel) on travels to Brazil, Peru and San Sebastián. He worked as an unpaid intern at some of the best restaurants in the world, including Alex Atala’s D.O.M. in São Paulo. “Diego is an innovator,” said Fernando, “not an imitator. He wants a Michelin star inside two years, and he’ll get one.”

He may get more than that. Diego works with a local fish farm, experimenting with sturgeon meat and caviar. He served us tiny tastes of some of the most exquisite food I’ve ever had, including eccentricities such as water melon roasted in red fruit and vermouth, and a dessert of extra virgin olive oil yoghurt.

Susana, learning the ropes of fine-dining service, juggled cutlery, talked about the wines, presented everything just so. I thought of places on the coast, serving so-so paellas and sangria.

“One of the main purposes of Gastroarte is to stop visitors getting ripped off, too,” said Fernando. “Málaga is a port: it’s outward-looking and we’ve always liked foreigners. Now you can tell people that you ate caviar near Torremolinos!”

I also want to tell people about what I ate next. The high point of the meal was a dark, mysterious-looking truffle.  It was all I’ve ever dreamed of in a dish. It was a bit like chocolate, but with an acidic quality. It looked like a dessert and was sweet, but also savoury. It had the texture of damp coal dust, and legs like a glass of vintage wine. My face told them I had no idea what I was eating. It was a morcilla, they said, made with sturgeon’s blood. A black pudding. Fernando’s “white magic”. My Lancashire roots. My favourite food. Grandma’s kitchen! It was my cue to cry, but another course arrived.

Arte de Cozina, Antequera This traditional restaurant is in the servants’ quarters of a 17th-century mansion. The homey feel belies the artful and lovingly prepared dishes; it’s also a hotel, with doubles from €40. • two-course lunch €20-€25, drinks extra, artedecozina.com

Oleo, Málaga Asian and Andalucían tapas are the speciality of this restaurant in the CAC modern art gallery. But it does not compromise its quality with any daft fusions or faddy ideas. • €25-30,  facebook.com/OleoRestaurante

W (Uvedoble), Málaga It is easy to walk past this place if you don’t know the address, but it is one of the best tapas bar in Málaga. It’s small and very popular, so go early (7.30pm is early) and grab a table on the street. • €20, uvedobletaberna.com

Traga Tapas, Ronda In spectacular Ronda, this friendly, fun place is where former El Bulli chef Benito Gómez serves some of the most innovative tapas in Andalucía. They can be washed down with local Schatz organic wines, too. • €25-30, Calle Nueva 4