How good are you at taking selfies - Fab Timeshare

How good are you at taking Selfies? 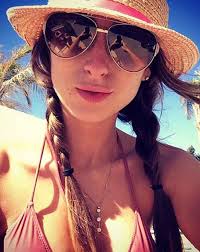 If you fancy yourself as a bit of an amateur photographer and like taking selfies, then get your phones at the ready for a chance to win a break away, plus some fabulous prizes.

Selfie taking is the theme of Servigroup’s eighth photography competition.

The eighth edition of Servigroup Hotels photographic competition has the theme “Your best holiday selfie”.  Grab your Smartphone or tablet and take a fun, original, creative photo while you enjoy your summer holiday and take part in the competition.

In this edition, more than ever, the main character is you, although you can also be accompanied by friends and family.  Any scenario is ideal to show your funny side: on the beach, in the hotel, by the pool or drinking a mojito at the bar, you choose!

The competition has acquired international overtones since its beginning with participants from around the world.

In 2012, the most international year, 1,200 photographs from 61 countries took part in the competition.

For the third consecutive year, the hotel chain entrusts the competition to the social network Instagram.  With the hashtags  #selfiegroup and #servigroup users can publish their photos and the winner will receive a special mention as well as the best technology from Energy Sistem, co-sponsor of the first prize of the contest.

Those interested in taking part can do so through Instagram.  Details can be found on Servigroup’s web page: http://www.servigroup.com/en/competitions/selfiegroup/bases2014_en.pdf

The deadline for sending photographs is September 30.

The jury will be composed of members of Servigroup’s creative and social media departments, and the winners will be announced on Servigroup’s Hotels web page www.servigroup.com during the following two months after the end of the contest. The winners will be selected from the 25 pictures with a largest number of “likes”.

First prize will consist of a three-night stay for two, on full board basis, in any of the chain’s hotels (except Hotel Servigroup Montiboli), a smartphone Energy Phone Neo from Energy Sistem with double core processor, dual SIM, IPS Screen, GPS and Bluetooth, and a special Servigroup goodie bag.

The second prize-winner will receive a two-night stay for two, on a full board basis, in any Servigroup four-star hotel, as well as a special Servigroup goodie bag.

And for the third prize-winner, a two-night stay for two, on a full board basis, in any  Servigroup three-star hotel, as well as a special Servigroup goodie bag.