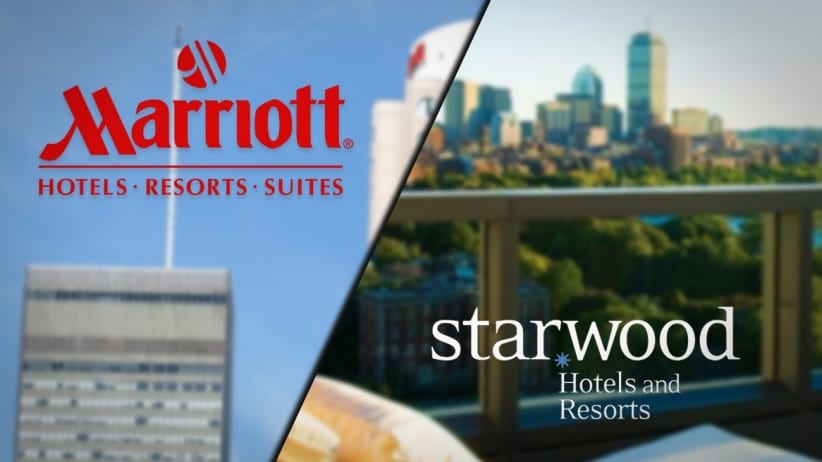 The new merged company will own or franchise more than 5,500 hotels with 1.1 million rooms worldwide, giving Marriott greater presence in the travel market outside the United States. Starwood, which makes almost two-thirds of its revenue from international operations, had indicated it was up for sale in April, when it was announced to the public that it was considering strategic alternatives. Current Starwood shareholders will receive 0.92 Marriott Class A shares and $2 in cash for each Starwood share, the companies confirmed on Monday the 15th of November.

Starwood shareholders also stand to receive approximately $7.80 per share from the spin off of it`’s timeshare business and their merger with Interval Leisure Group Inc. In light of this recent news, Starwood shares were down 3.3 percent at $72.50 on Monday, while Marriott shares were up 1.7 percent at $74.01.

Starwood, who own the hotel brands St. Regis and Aloft, had previously approached the InterContinental Hotels Group Plc, Wyndham Worldwide Corp and sovereign wealth funds for a possible deal since July, sources had told Reuters.

Marriott Chief Executive Arne Sorenson, who will be the head of the new combined Marriott-Starwood company said in a statement earlier this week that “This greater scale should offer a wider choice of brands to consumers, improve economics to owners and franchisees, increase unit growth,” The new merged company will expand its board to 14 from 11 members, after the deal has been closed, which is expected to take place in mid-2016.

For more information on buying or Selling a timeshare please contact us here! We also offer rentals throughout the year, at several marriott vacation club resorts worldwide.