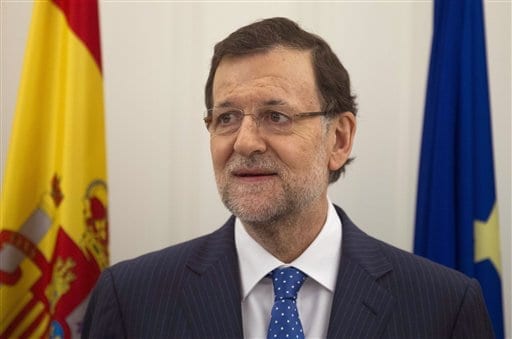 Spain takes the safety and security of tourists very seriously as tourism is a major source of revenue. On Tuesday, the Spanish Prime Minister’s office released a plan to maintain security and some of the details can be found here.

The operational implementation of this plan is embodied in Operation Summer 2014, which the Ministry of Home Affairs will launch on 1 July.

The State Secretary for Security explained that the plan aims to improve security in the tourism sector through the daily protection provided by the more than 245,000 members of the law enforcement agencies but also through preventive actions aimed at avoiding unlawful acts and conduct. The goal is to ensure that people feel safer and at no time restricted in the exercise of their civil liberties, said Francisco Martínez.

In turn, the State Secretary for Tourism, Isabel Borrego, highlighted the security of Spanish destinations as one of the greatest strengths within the Spanish tourism sector and a key factor as to why Spain is the chosen holiday destination for millions of inbound tourists every year. Isabel Borrego said that the Safe Tourism Plan is another step towards tourism excellence and Spain’s competitiveness in this industry. She also highlighted the cross-cutting nature of this issue and the cooperation that takes place between the various government agencies involved.

The main objectives of the Safe Tourism Plan include increasing public security in those areas most popular with tourists. Furthermore, it provides for increased preventive surveillance and control on urban and interurban roads, at railway stations, sea ports, airports, hotels and camp sites, as well as increased security presence at shows and events that involve large concentrations of people. In this regard, Francisco Martínez said that increased efforts will be also made to obtain information aimed at preventing terrorist activity and supporting the investigations carried out by the Judicial Police.

The State Secretary for Security explained that Operation Summer 2014, which the Ministry of Home Affairs will launch on 1 July, is due to include an increase in the number of officers on duty from the State law enforcement agencies. An additional 16,500 officers from the Citizen Security units of the Spanish Guardia Civil will be on active duty, while a further 300 officers from the Judicial Police, Traffic Police and Maritime and Air Service units will also be on duty, among others. Approximately 11,800 officers from the Spanish National Police Force will be added to the security forces on duty during the summer season. Furthermore, the Spanish National Police Force will also receive support from 400 Mounted, Mobile Brigade, Underground and EOD-CBRN officers and trainee police officers undergoing practical work experience.

Operation Summer 2014 will be developed in the autonomous regions of Andalusia, Asturias, the Canary Islands, Cantabria, the Region of Valencia, Galicia, the Balearic Islands, Madrid and Murcia. The operation will conclude on 31 August in all these regions except the Balearic Islands, where it will be extended until 30 September. In order to achieve the greatest possible level of police effectiveness and increase public security, coordination will be enhanced between the State law enforcement agencies and the regional and local police forces through so-called Security Councils. Furthermore, increased collaboration will take place between both the Spanish National Police force and the Spanish Guardia Civil and the public and private institutions making up the tourism sector.