Are hotel apartments the way to live like a Star

Are hotel apartments the way to live like a Star? 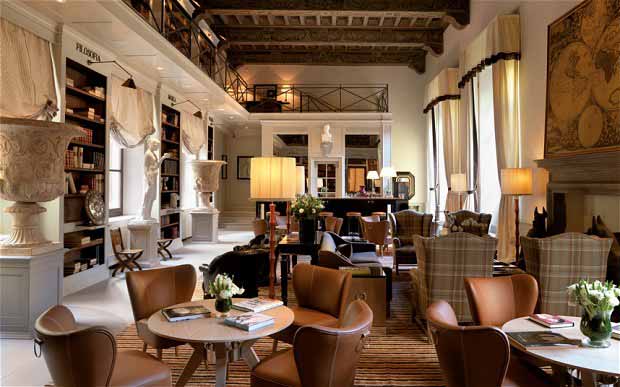 One way to feel like a celebrity is to live like one! Coco Chanel, Marilyn Monroe, Howard Hughes, Omar Sharif… All of them made their home in a smart hotel for a spell, whether during a crisis or as a lifestyle choice.

It’s an appealing prospect for the cash-rich, chore-shy: meals, cleaning and laundry taken care of without the nuisance of organising one’s own staff; use of facilities, such as a pool, spa or garden, without the hassle of maintaining them; a concierge at one’s beck and call, and fellow guests to mingle with if desired.

No wonder, then, that more and more affluent international types – outside the celebrity realm – are making this lifestyle their own. Indeed, they are going further. Rather than merely renting a suite, they are buying homes within or attached to five-star hotels, in cities where they do business or favourite holiday spots.

Sometimes they may benefit from appealing perks, such as climate-controlled wine storage and access to private galleries; and the apartments are often exquisitely furnished, available on a “just bring your toothbrush” basis. All this attracts a premium – and developers are cashing in on the trend.

Similar projects are nearing completion around the capital. When the Shangri-La opens in the Shard in May, hot on its heels will come 10 associated apartments, each filling at least one of the 13 floors between the hotel and viewing gallery, each with 360-degree views.

Across the Thames, the imposing former Port of London Authority building at 10 Trinity Square is being transformed into a top-end hotel with apartments. On nearby Bishopsgate, the towers of Heron Plaza will house residences within the Four Seasons hotel, which is due to open next year.

As well as occupying contrasting buildings, such developments come in all sizes, some with more than 100 apartments, others with only one. Recently on the market, at £1.95m with Knight Frank, was a Savoy Court two-bedroom, fourth-floor apartment with direct access to the Savoy hotel.

A three-bedroom penthouse with an interior door to the Connaught Hotel, Mayfair, fetched close to its asking price of £18m late last year. Its developer, Finchatton, went to town on the interior – wallpapers are in silk, animal skin or linen, bathrooms in Breccia Capraia marble, and furnishings include a suede-lined chest of drawers.

“Demand for homes with a higher service element has been increasing, so now, where possible, we incorporate a relationship with a hotel,” says Alex Michelin, co-founder of Finchatton.

“Businessmen who move between several cities want to own an apartment in each and have some of their things in it – artwork, perhaps, or photos of their families,” he says. “But they also want the heating turned on and flowers in each room; they want to be able to order room service or book a spa treatment. They want the best of both worlds.”

In Finchatton’s developments, half the owners live there year-round; others pop in for business or pleasure. Last year, the company also completed the Lansbury, six apartments opposite Harrods and a few steps from the Capital, a small, stylish five-star hotel. The properties (£3.65m-£12.5m) came royally fitted, with Hermès wallpaper and Missoni fabrics, and more than half the building went to British buyers.

“The price premium on an apartment with a hotel connection depends on the level of servicing and choice of hotel, but servicing by one of London’s top luxury hotels can command a premium of 20 per cent,” adds Michelin.

If services push up the price, so can layout. James Gilbert-Green of Strutt and Parker, who is handling the resale of a fourth-floor “lateral” at One Hyde Park with a view of Harvey Nichols (£20.95m, plus £56,000 a year in charges), says: “The Mandarin Oriental is a huge sell. But the other factor is that Middle-Eastern, Asian and Russian clients look for lateral space – it’s what they’re used to. This drives up the price.”

Many apartments at One Hyde Park are second or third homes, but this was the case even a century ago at, say, Eaton Square, points out Gilbert-Green. If anything, London is behind the trend. Asia and the US have led the way, and imaginative projects are now increasingly materialising in prime locations across the world.

Between the Duomo and the Ponte Vecchio in Florence is the 15th-century Palazzo Tornabuoni, where 27 apartments have recently been completed, featuring high ceilings, Venetian flooring and original frescoes (a mid-priced one-bedroom apartment costs €3m through Knight Frank).

The building has a fitness centre, sauna, steam room, cigar room and wine storage, and a club attaché can arrange access to private art collections, or weekend activities, such as riding on country estates or hunting wild boar. In addition, residents are guests at the Four Seasons hotel, located a few streets away (a shuttle runs between the two) in the recently restored Palazzo della Gherardesca, which has vast gardens, a 91ft pool and a Michelin-starred restaurant.

Similarly sophisticated is Kempinski’s latest project, Du Parc Kempinski Private Residences, 40 minutes’ drive from Geneva. The hotel group first built residences for outright ownership in 1999, near Marbella, and has added more in places such as Istria, Jakarta and St Moritz.

The 22 properties at Du Parc, from two-bedroom apartments to five-bedroom villas, have been built to compete with nearby lakeside mansions. A few are still available, priced from six million Swiss francs. While there is no actual hotel, on site are a spa, cinema, restaurants, concierges and wine cellar, all overseen by Kempinski for an extra dash of exclusivity.

“Buyers typically come to us off the back of experiencing our hotels; they know our service and lifestyle and want to make it part of their lives,” says Mike Haemmerli, senior vice-president for development.

Aman Resorts is offering its first European residences at its Greek hotel, Amanzoe, which opened in 2012 and is near the town of Porto Heli on the east coast of the Peloponnese. Plots of one to five acres are ready for the construction of customised villas with pools (€3m-€7m, through Savills). “You pick a plot and they build you a villa,’” says Joanna Leverett, associate director, residential international, at Savills. “It’s Greece’s prime location, where shipping families have houses.”

In addition to its spa, tennis courts and art gallery, Amanzoe is able to provide a helicopter for charter and sleek speedboats, so residents can explore the locale in style.

Savills also has homes for sale at the Mandarin Oriental Bodrum, in Turkey, due to open in June near a vibrant marina frequented by superyachts. Set among olive groves and pines, the hotel has three private beaches, a helipad and marina access rights.

Owners of the 98 villas, each with a private pool and sea view, and the 116 apartments, have use of a golf buggy to get around the property, and can call upon hotel chefs for in-villa catering. Eighty per cent of the homes have been sold for prices up to €5.9m.

“People are attracted to them because they have confidence in the service of the Mandarin Oriental. They know someone will have filled their fridge and that they can call on the concierge,” says Leverett. “Buyers pay a premium but they sell at a premium, too, and it’s always easy to rent out a property that is run by a hotel, with better yields. Most buyers at the Mandarin Oriental Bodrum, however, don’t plan to let them out. Often they’re looking for a third or fourth home.”

Given the funds, and with all this in the offing, wouldn’t everyone quite like to find their inner Coco Chanel, and live the life of the Ritz?

In London, the 86 apartments at One Hyde Park, linked to the next-door Mandarin Oriental hotel and first marketed (off-plan) in 2006, are a prime example – although controversial, due to their staggering price tags (up to £140 million) and because many, being primarily investments, have never been lived in.

If you can’t afford to live in these luxury hotel apartments, take a look at what we have to offer you on our website