Barcelona has something for everyone - Fab Timeshare

Barcelona has something for everyone! 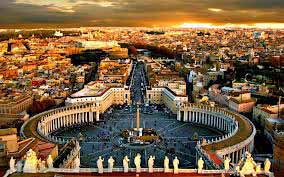 Barcelona has become increasing popular with travelers across the globe. Whether you are looking for a romantic long weekend away or a family holiday, there is something for everyone.

All human life can be seen on Barcelona’s beaches. Stag parties and pensioners mingle with glamorous couples, drink vendors and massage therapists. Guys with tattooed torsos lean on surfboards, discreetly admiring topless women sunbathers, while a perceivable buzz rises from the heaving mass of roasting bodies.

On the promenade, families thread through hordes of inline skaters and cyclists. Old men sit on benches feeding pigeons and watch waiters in bow ties carry paella to crowded tables.

In short, the city’s beaches are far from the tranquil paradise you might seek elsewhere on the Med. But they are most definitely the place to be between June and September, when even purists – who normally shun crowds and gravelly sand for the more pristine, less manic nearby coast – head to them for a drink or leisurely lunch.

The beach scene is a key part of Barcelona’s appeal to locals and foreigners –  a holiday vibe minutes from its centre – and lots of money and effort has been invested in it since the 1992 Olympics. Today, the city boasts seven beaches spanning 4.2km, from the Old Port in the east to the Fòrum auditorium and exhibition centre in the west, most with good amenities.

By the same token, many of the nearby bars and restaurants have undergone a makeover in the past few years, polishing both their kitchens and their decor. With much of the seafront already crowded, new openings are restricted by the city, so some edgier venues are found half an hour or so up and down the coast (trains leave from Barcelona’s Plaça Catalunya or Passeig de Gràcia station).

Drinking and eating choices abound at the eastern beaches, closest to the city centre. The promenade along Barceloneta beach is lined with seafood restaurants popular with locals, while the area under the Hotel Arts and Frank Gehry’s fish statue at the far end is home to some of Barcelona’s swankiest nightlife and most beautiful people – check out Catwalk, Opium and CDLC there. (And only visit the neighbouring Olympic Port if you have an anthropological interest in the behaviour of English youths abroad.)

Further west, it’s all chiringuitos, little bars dotting the sand. There’s not much to choose between them; each is basically a terrace serving mojitos while a DJ spins tunes. But while the city centre beach chiringuitos are the most crowded, further west you can catch a whiff of Ibiza: Bogatell’s attract fashionable party-seekers, while the ones closest to the Fòrum, with chill-out music and torches, are the most laid-back venues on this stretch of coast.

Here’s a run down of the best …

Santa Marta Undoubtedly the hippest Barceloneta beach bar, Santa Marta attracts young locals who love it for the Italian house specialities including “spritz”, an aperitif of Aperol and sparkling water, and sandwiches topped with fistfuls of buffalo mozzarella. Inside it’s small and welcoming, with teeny tables and a long bar, perfect for a quick drink and gossip. • Carrer de Grau i Torras 59, +34 9322 1509.

Shôko The star of the glitzy beach venues clustered below the Hotel Arts and the fish statue, this restaurant and club attracts foreigners, fashionistas and local celebs who’d much rather be in London or New York, but are appeased by the low lights and gin selection. • Passeig Marítim 36, +34 932 259 200, shoko.biz.

Bestial The last restaurant on the beach under the Hotel Arts, Bestial is often touted as Barcelona’s best terrace. And it is true that, despite the sophisticated minimalist interior, it’s the terrace, with its many levels, candles, sofas and plants, which really scores highly. The Italian food is good (try the pasta with truffles), but even better is a cocktail on one of their sofas, with the beautiful people and the crashing surf a few steps away. • Carrer de Ramon Trias Fargas 2, +34 9322 40407, rupotragaluz.com.

El Xiringuito Escribà The beach is lined with hugely variable seafood restaurants, but for a mix of great views, sea breeze and excellent cooking try El Xiringuito Escribà. An offshoot of one of Barcelona’s best-known patisseries, Escribà, it offers paella,  ink-tinted black rice and seafood platters. Be sure to book to avoid the pitying looks of waiting staff. • Ronda Litoral 42, +34 9322 10729, escriba.es.

Base Nàutica de la Mar Bella Far from the thrumming city-centre beaches, at the pier that separates the Bogatell from Mar Bella beach, this municipal sailing club gets the “best terrace” award in the down-to-earth category: the wooden planks and thatched roof built right on to the sand give it a particularly laid back holiday feel. Families come here to enjoy an early-evening barbecue as sailors pull their barges into the adjoining lot and head to the bar for a beer. • Avinguda del Litoral, +34 9322 10432, basenautica.org.

El Dulce Deseo de Lorenzo At first glance, this chiringuito on Nova Mar Bella’s stretch of nudist beach looks just like any other, a square container with a terrace on the sand. But as the web address and the rainbow flag flying on its roof hint, it is part of Barcelona’s gay scene and offers a low-key easy-listening alternative to the dance music played at the surrounding bars. • Platja de la Mar Bella, chiringuitogay.com.

Lasal The only chiringuito near Barcelona with enough musical credibility to be able to sell its own compilation CDs, Lasal has updated the beach bar concept into an international dance club. Leading DJs from across Europe fly in to play alongside acclaimed resident DJs at parties on the sand in front of a small hut and terrace. Plan your transport carefully, though: it’s 50 minutes from Barcelona by train from Plaça Catalunya (get off at Arenys de Mar) and, if you’re returning after 10.30pm, you’ll have to find your own way back. • Platja de Cavaió Arenys de Mar, lasal.com.

La Casita del Mar La Casita del Mar, on a beach close to the airport, is more of a cultural institution. Divans and puffs are strewn under white sun sails with drawings by local artists on the walls. • Carretera de la Playa, Can Camins, El Prat de Llobregat, +34 9337 89120, lacasitadelmar.es.

El Pescador Of course you can get decent paella in Barcelona city centre, but insiders know that it doesn’t come tastier and cheaper than at El Pescador, an unassuming restaurant on the tranquil beach of Badalona, 20 minutes by train. Order by phone in advance: paella this good takes time to prepare. •  Eduard Maristany 87, Badalona, +34 9338 91305.