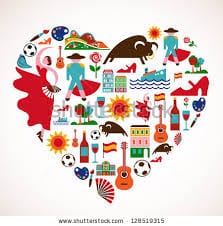 Britons have always had a very special relationship with Spain. whether we are visiting or moving there for good, we can not get enough of the Spanish life.

It comes as no surprise then that UK Independent travel agency A1 Travel has reported a year on year increase of over 40% for bookings to Spain.

The last three months in particular have seen a real boost in bookings to Spanish resorts, as families, couples and young groups look to finalise their holiday plans for this summer.

The news comes as a boost for the Mediterranean country at a time when UK tourists have been looking at other options when it comes to a summer holiday getaway. Spain was only the third most popular destination with A1 Travel customers in 2013, falling behind Turkey and Greece.

It’s believed that much of the increase is down to the greater marketing activity the country has been doing in anticipation of this holiday season. Spokesperson for A1 Travel Nick Lima said: “Spanish hotels have been very aggressive with their marketing this year – we’ve seen a large number of them issuing special offers and flash sales to fill rooms during the low season.

“Of course, when you combine this with cheap, low cost seats and the fact that Spain is only 2.5 hours flying time from the majority of UK airports, people will see this as a tremendous incentive. It’s certainly a great time to be heading back to Spain!”

A1 Travel also issued details of the specific Spanish resorts which have seen the most bookings this year. In first is the ever-popular island of Mallorca, while the Costa del Sol and Costa Blanca take the second and third spots respectively. Benidorm has proven particularly successful, demonstrating the endearment that UK tourists still have for the resort – made even more famous for the on-going television series.

The greater choice of all-inclusive deals offered in Spanish resorts has also persuaded customers to return. Mr Lima added: “People have been attracted by the reasonably priced all inclusive hotels at a time when people like to know exactly how much they are going to be spending on their trip. This is especially so for families with young kids where keeping check of their finances is particularly important.”

If you want to take a break in the sun and fancy seeing what Spain has to offer, check out our website for our latest Timeshare deals.