Warning when driving in Spain 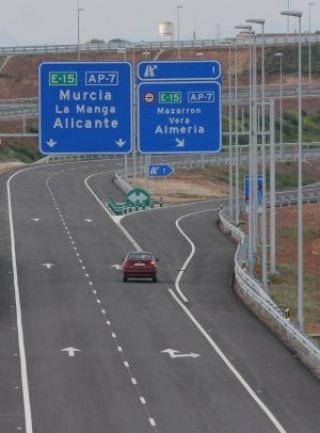 The next time you are driving in Spain on the AP-7, either in your own British car or in a local hire car, take care.

The British Embassy in Spain has warned holidaymakers to be on their guard over a spate of highway robberies targeting hired cars and vehicles with foreign registration plates on the AP-7 motorway and in service stations off it.

In Catalunya alone, between the French border and the frontier with the province of Castellón, 126 cases have been reported to police in two years. And the Embassy says one in 20 emergency travel documents for lost or stolen passports it issued in 2013 were due to thefts by highwaymen.

Travellers have been affected between Madrid and the east and south coasts, on the Barcelona ringroad, through the regions of Valencia and Murcia, and across the south coast especially east of Málaga. Most of these robberies do not involve violence – instead, they are the work of con-artists who find excuses to flag down motorists.

They flash and signal at drivers on the road or approach them when parked in service areas to tell them something is wrong with their car, such as a loose exhaust pipe, open boot or flat tyre – then, when the tourist gets out to inspect, an accomplice will slip in and steal money, handbags and any other valuables they can find.

Other tactics include throwing something at a car in motion to create a sudden noise or to puncture a tyre, or cause a minor collision and blame it on the driver, so that the tourist has to stop, get out and inspect.

They will often use women or young people to tell drivers they have a car problem, so as to lure their victims into a false sense of security. And they will frequently chatter loudly and animatedly in Spanish if they believe their victim does not speak the language.

In most cases, the whole incident is over in less than a minute.

The Embassy warns anyone who believes their car may have a problem whilst on the motorway to keep going until they reach the next service station or, if forced to pull over, stay in the car with the doors locked and call the breakdown service.

If the driver has to get out, the doors should be immediately locked and if possible, another adult should stay in the vehicle. Holidaymakers are advised not to stop if anyone flags them down, to keep valuables out of sight and reach – preferably locked in the boot – and to keep these on their person if they need to leave the car.

Where possible, the car should be parked where the driver can see it.

The British Embassy has produced a video titled Don’t let thieves drive you to distraction, with genuine footage of highwaymen at work. It is also working closely with Spanish police so that they can warn British tourists what to be wary of and how to avoid falling into highwaymen’s traps.