Spain has most improved roads in the EU

Spain has most improved roads in the EU 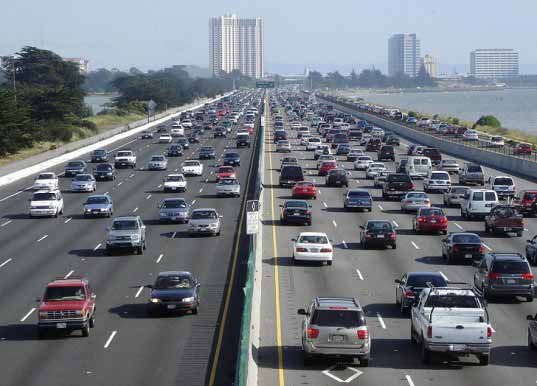 Have you ever been on holiday to find yourself dicing with death every time you want to cross the road? I have… Italy was a nightmare, and India? You have to cross your fingers and hope. Earlier in the week we posted about the new road law changes in Spain: they are trying to make the roads safer for everyone.

Road deaths in Spain have fallen by a greater number than any other country in the European Union over the past decade, according to figures released this month by the European Transport Safety Council (ETSC).

Across the EU, 12,345 road deaths were recorded in 2012 – the most recent set of data available. That figure contrasts sharply with figures from 2001, when 27,700 road deaths were recorded – a 55 per cent fall in just ten years. Factor in the growth of the European Union during that time – both in terms of population and new member states – and the trend towards improved road safety is encouraging…

On a per-nation basis, Spanish roads posted the greatest improvement, cutting road deaths to 872 in 2012, from a record 3,143 in 2001. Year-by-year, Spanish roads have managed to lower their death rate by an average of 12 per cent per year in the past decade.

According to the ETSC’s Ranking EU Progress on Car Occupant Safety report, Spain’s improved performance is partly due to heavy investment in road infrastructure during the last decade, with a raft of road improvements helping to make Spanish thoroughfares better signposted, designed, modern and maintained.

Equally, the report points to the introduction in 2006 of a new penalty points system designed to punish drivers who speed, drink drive, fail to wear seat belts or use their mobile phones. The ETSC report also cited the positive impact that a number of nationwide awareness and communications campaigns have had, as well as greater investment in traffic control enforcement.

Such measures have helped Spain’s roads become much safer places, the regular ‘nudges’ from government also slowly altering the country’s driving culture, which was noticeably ‘dog eat dog’ even seven or eight years ago. For example, the number of Spanish road users who now regularly wear seat belts has risen from 74 per cent in 2005 to over 90 per cent in 2012.

The economic downturn will have played its part, too, with two-thirds fewer cars on the roads at busy commuting times. However, despite such encouraging progress, the ETSC Executive Director Antonio Avenoso has urged Spain to continue making improvements.

“While huge progress has been made in cutting the number of people killed in cars on Europe’s roads, it is simply wrong that 12,000 still die every year for reasons that are mostly avoidable,” he said.

“Simple measures like seat belt reminders in front and rear passenger seats, better enforcement of speed limits, and measures to prevent repeat drink drivers from getting behind the wheel could put the EU’s target of halving the number of road deaths by 2020 firmly within reach.”

There you go, Spain has the most improved roads in the EU.