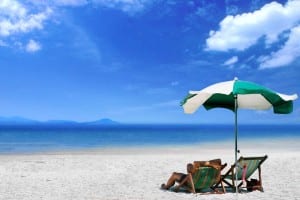 When the sun is shining and summer feels like it has finally arrived, where do most people want to go? The beach! The lovely weather in the UK is drawing thousands of people to the water, but where in the world has the best and clean beaches? Where do you want to go on holiday?

Spain will be able to boast of having a record 681 high quality ‘Blue Flag’ beaches this summer, 34 more than in 2013 and the highest number in the world.

The Blue Flag rating is awarded by the non-profit Foundation for Environmental Education (FEE) to beaches and marinas that meet tough water quality and safety standards. Some 48 countries participate in the voluntary scheme which also takes environmental management and education into account.

Spain has the highest number of Blue Flags in the world since 1987 and 2014 is no exception. Last week, FEE annouced the country now has 573 beaches and 108 marinas with the Blue Flag denomination. This puts Spain streaks ahead of Greece (407), Turkey (397) and France (379).

Galicia has the highest number of blue flag locations (123), while Valencia comes close with 120.

So it’s official, Spain has the best and cleanest beaches in the world.