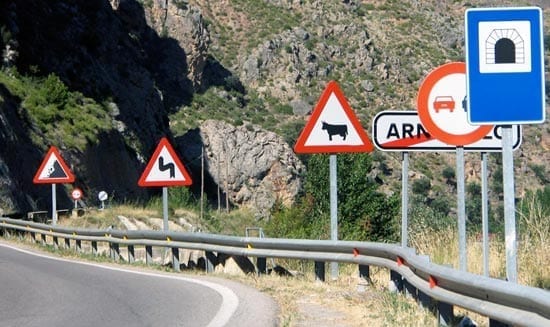 Picture this: you have just spent two weeks relaxing on holiday in Spain when you get back to the wet and grey UK and really, really need cheering up. Your partner/husband/wife/boyfriend/significant other offers to take you to the local pub and you order a sangria… wait, not any more!

As of January 2014, the European Parliament ruled that the term Sangría can only be used for the red wine-based punch drink if it was made in Spain or Portugal.

A popular and very potent summer refreshment, made with red wine, orange juice, chopped fruit and other ingredients including various types of alcohol, sangría is probably the greatest Spanish cliché after castanets and flamenco dancers – but if it is bought elsewhere in the world, it must not use the same name unless it has been imported from Spain or Portugal.

Where it is on sale either bottled in supermarkets or served in bars in other countries, it can only be referred to as ‘flavoured drink based on red wine’ or ‘red wine punch’, with the country of manufacture stated after it.

Following on from Greek yoghurt and Feta cheese, which can only be called as such if originally made in Greece, the European Union has placed the same protection order over sangría after 609 MPs voted in favour, 72 against and four abstained.

It has taken two years of negotiations for sangría to get its official geographical denomination, and other member States have now been given a year to make the necessary changes to any drinks they have been selling under the same name.

These rulings are aimed at protecting traditional food and drink industries in individual European countries, many of which are unable to compete in the international market because of cheap copies of their typical produce being made elsewhere.

There’s only one thing for it, better get back to Spain for the real thing!