What is the best way to get your retirement

What is the best way to get your retirement or holiday home in the sun? 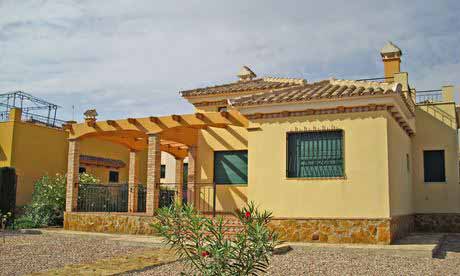 More and more people in Britain are looking to buy holiday homes or retirement homes in sunny climates such as Spain, Italy and France. Even though we are told that property prices are coming down in most parts of Europe, what are the drawbacks of buying a home in mainland Europe? Take a look at the latest findings and see why timeshares are looking more and more attractive to the growing community of holiday home rental and buyers.

International estate agents are talking up the property market in holiday hotspots, promising that the collapse in prices is over and that buyers need to act now to bag a bargain. But figures from Eurostat, the EU’s data agency, show that prices continued to fall throughout 2013 across much of Europe, while boom-time developments in Spain, particularly those far from the coast, may never find buyers at any price. The British are the biggest foreign buyers of properties in Spain, owning an estimated 170,000 homes in the country, mostly along the Costas.

But unlike Britain, the long fall in house prices that began in 2007 is not over; in March, Spain’s Instituto Nacional de Estadistica said they tumbled another 1.3% in the last three months of 2013, and that the annualised rate of price inflation was -7.8%. In Murcia, the south-east corner of the country, where over-building was most rife, prices are still falling at a rate of 12%-15% a year, with many homes at half of 2008 levels. At the peak of the frenzied construction boom, Spain was building 700,000 homes and apartments a year – around four times the volume in Britain – but after the developers went bust, many are now in the hands of the country’s banks and cajas. Spain feature: Valverde Valverde: 20 minutes from Alicante. Built 2007, sold €198,000. Now for sale at €99,000. For anyone retiring and wanting a place in the sun, is now the time to buy? The head of the International Monetary Fund, Christine Lagarde, thinks the country’s economy is returning to health. “Spain has turned the corner,” she said, predicting economic growth this year of 0.9% and of 1% in 2015. Spanish property valuer Tinsa reckons the glut of homes on the market should largely be cleared by 2017, and that new building programmes will begin next year as shortages emerge in high-demand areas.

Even if prices are not recovering much, transactions are, says Richard Way, editor at the Overseas Guides Company, a specialist in overseas property buying. The number of properties sold in the Valencia region, which includes the Costa Blanca, was up 17% in 2013, he says. Buyers who are really focused on price can pick up very low prices if they go inland, says Paul Payne of Masa, a Costa Blanca estate agency. “If you are prepared to be away from the coast, savings are a lot bigger.” Prices are frequently half of what they used to be. He says he is “flying out more Britons in the next eight weeks than in the last two years” for viewings about 30 minutes away from Alicante at beachside Torrevieja and more inland near Orihuela. Savills highlights Sotogrande, a purpose-built resort in Andalucia some 40 miles along the coast from Marbella, as “benefitting from heavily discounted prices, some 30-40% below their former peak values”.