15 Beautiful Places to Visit in the French Countryside

Beautiful Places to Visit in the French Countryside 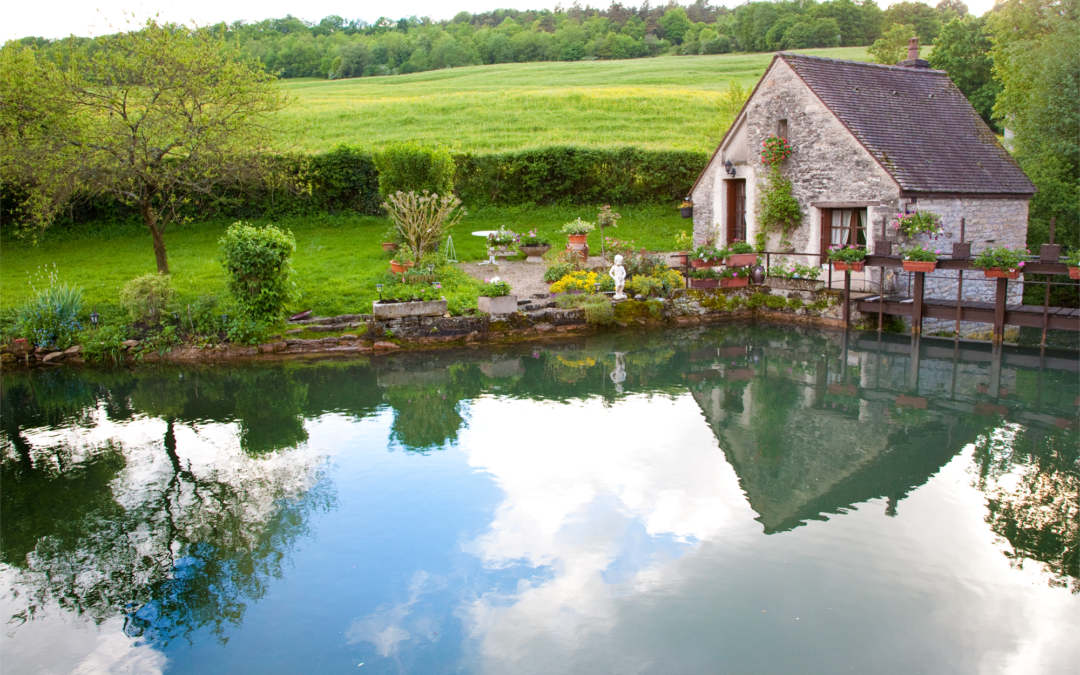 France is a diverse and expansive country, with enough cities and villages for you to spend weeks exploring. It’s easy to get lost in the French countryside, wandering from luscious hills to flowing plains on your own adventure. It’s a little known fact about France that the country is akin to a fairy tale.

It has almost anything you could want from a vacation. Enrich yourself in the country’s extensive stories about liberty, or take part in the local culture with some of the best wine tastings and dining experiences you could ever find. The country is the cradle for most of the philosophies and ideas that create the world as it is today.

That means taking a vacation to France is an investment in your worldview. By exploring France beyond Paris or Avignon, you can see the kinds of lifestyles that spurred some of the world’s greatest thinkers and artists, firsthand. All it takes is a willingness to step a little beyond your horizons and enter the countryside.

Keep reading below to learn about some of the villages and hamlets that you should visit on your next trip to France, to make the most out of your trip!

The village a Cassel is a little off the beaten path — almost 260 kilometers from Paris. Even though it’s a distance to get to, visiting Cassel is worth it to learn about how people live at the border of one of the finest countries in the world. The village is located at the literal side of the country, at the border France and Belgium.

Cassel gives you the chance to see how French culture integrates with other cultures. It’s a place where you can enjoy Flemish beef stew and wine in the same store. And even if it is a village, it’s still modernized. That means you won’t ever have to go without the luxuries that cities provide.

First stepping into Kayersberg is like stepping into a storybook. The cobblestone roads take you into the depths of your imagination in a way that no other village can. And the medieval-style buildings will make you doubt that it’s actually 2017.

It’s as if the modern world forgot about Kayersberg, and now the village is an escape from your regular life. You can shop in the village as if it were olden times, trying new wines and delicacies at almost every store.

Take a bike through its timbered houses and past town to explore some of its nearby hills, if you want even more of an escape. Kayersberg is like getting a glimpse at the rustic soul of France, and it’s not a village you can pass up visiting.

3. Hello Hautvillers, How Are You?

Hautvillers is a unique kind of village since it manages to maintain a rustic atmosphere, while also being the birthplace of champagne. It was where Dom Pérignon mastered the art of making modern kinds of champagne, and in a country that revers its wine so much, you would think it would have troves of visitors.

Yet, Hautvillers manages to keep a slow-paced and homely kind of lifestyle. You can go there to explore the birthplace of modern champagne and try some yourself. Yet, you can also go there to see its rolling hills and miles of farmland.

Most importantly, make sure to bring home a bottle of fresh champagne as a souvenir!

4. Go From Avignon to Lourmarin For Lush Scenery and History

If you’re interested in France’s rich history, Avignon is one of the places you must visit. It was the site of one of the most intense battles of World War II when Germany invaded southern France on its path towards European conquest. Yet, Avignon isn’t the only place you should visit to steep yourself in France’s history.

Only an hours drive south of Avignon is Lourmarin, where German forces first began there push into France. There was no fight in the village’s fields, and neither was there any grand historical tales. There are only the experiences of the French people who could only watch as the country was ravaged.

Those experiences made their mark on the area, and you can see them for yourself by visiting Lourmarin.

5. See Snow and Ski In Megève

France isn’t just rolling hills, wineries, and expansive plains. The country is also home to the Alps, where people routinely go experience the heart-pounding rush of skiing down some of the world’s highest mountains. And within these mountains lies Megève, a resort that hosts thousands of people per year.

Here, you can journey out into the snow and the wind for a fast-paced, intense journey on snowboards. And afterward, you can cozy up in a luxurious cabin for some warm coffee, or something a bit stronger if you prefer. In Megève, you will truly know what it’s like to be on top of the world — literally and figuratively.

6. Be Free to Explore Ancient France in Pérouges

The medieval city of Pérouges is a place where you can develop an authentic sense for what medieval France was like. The architecture is largely unchanged since the gothic era, and the atmosphere is the same too. It’s as if the Alps hid the village from the rest of the world, and people never developed beyond basic stonework homes and communal life.

Visiting Pérouges is like stepping out of the modern era and into an alternate fantasy world filled with myths and legends. It’s where medieval tales come to life. And you won’t need to don armor and wield a sword to fit in, but you should probably bring a camera!

France is More Than Just Its Cities

Most travelers dream of exploring the magnificent city of Paris, when they envision a trip to France. They wonder what it must be like to explore the gothic architecture of Notre Dame, or it must feel to enrich themselves in the boundless cultural artifacts stored in the Louvre.

Rarely do people remember to visit the French countryside, and that’s a shame. It offers some of the richest experiences that nowhere else can hope to compare to. The French countryside is where cities like Paris find their inspiration, and it’s where you can find your next great adventure.

All you need to do to take your first steps on it is choose from one of our fine French rentals. We will make sure you enjoy some of the finest places to stay so that you can rest easy after a long day spent exploring the countryside. That way, you’ll have the energy to do it again the day after!